Professional Help Through the Bail Bond Process in Oakland, CA 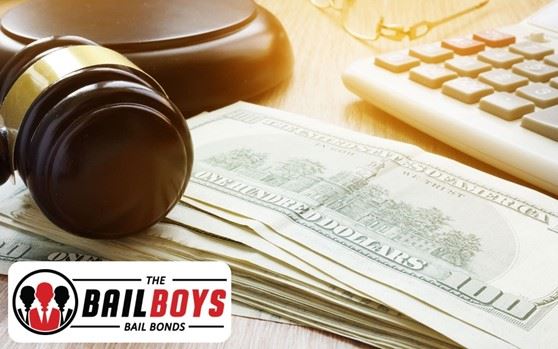 Learning that your loved one is being held in jail following an arrest can be a frightening and overwhelming experience. One of your top priorities may be getting them out of police custody as quickly as possible. But with bail amounts ranging from hundreds to tens of thousands of dollars, you might not be financially prepared to put up the cash necessary to seek their release. If you can’t post bail, your loved one would have to wait behind bars until their case is resolved. Fortunately, you have another option besides paying the bail amount out of pocket. You can reach out to a bail bondsman in Oakland for assistance.

At The Bail Boys, we provide professional Oakland bail bonds services. Our team has experience helping family and friends bail their loved ones out of jail as quickly as possible. We understand that you have a lot to process at this time, and you might not know what steps to follow to get your loved one released from police custody. That is why we are here to stand beside you at every stage. We will guide you through the bail bonds process, ensuring you know what to expect and complete all required documents. Our team will also explain your and your loved one’s obligations after release and let you know what happens after the case.

If you need a bail bond in Oakland, California, reach out to The Bail Boys by calling (800) 798-7366 or submitting an online contact form.

What Is the Purpose of Bail? 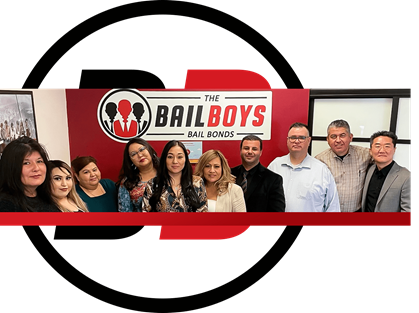 Bail serves several purposes. From a legal standpoint, it protects the rights of the defendant. In a criminal matter, a person is presumed innocent until or unless proven guilty. Yet, if someone is sitting behind bars, their liberties are restricted even though they are considered innocent in the eyes of the law.

Additionally, bail ensures that the individual will show up for their scheduled court dates when required. Bail paid out of pocket is returned after the case. Those who went through an Oakland bail bonds company for release are not required to pay any more than the 10% assessed when the bond was obtained.

From a personal standpoint, bail is good for the defendant’s mental well-being. When released on bail, they are better able to develop their defense and prepare for their scheduled court dates. Additionally, they have access to loved ones without the restrictions of the jail. Also, they won’t miss important obligations such as school or work.

A range of benefits exists to getting your loved one out on bail. To be the hero for them, contact a bail agent at The Bail Boys to get started on the bail bonds process in Oakland, California.

Arrests aren’t just made Monday through Friday 8:00 a.m. to 5:00 p.m. They can happen at any time, night or day. Because of this, if you get a call from your loved one in the middle of the night asking you to help bail them out of jail, you might worry that they will have to stay in jail until businesses open up the next day.

Not with The Bail Boys. We offer 24-hour bail services. Thus, no matter when you find that your loved one has been taken into custody, you can rest assured knowing that an experienced bail bondsman in Oakland will be accessible and ready to get started on your paperwork.

What Happens After an Arrest in Oakland?

When someone is arrested in Oakland, they are taken to the local police station for booking. This process involves collecting the arrestee’s personal information, taking their photograph, and getting their fingerprints. The data is logged into the law enforcement agency’s system.

After booking, the individual will be placed in a jail cell at the police station or county jail. They are then scheduled for an initial appearance in court. Typically, at this court hearing, the judge will set a bail amount and conditions of release.

How Is Bail Determined in Oakland?

Bail can be determined in a couple of different ways. First, it may be set by a bail schedule. This schedule lists out various offenses and the presumptive bail amount for each.

The second way bail is determined is by a judge.

Before or during the first court appearance, the judge will consider various factors when deciding what amount to set. These include:

When someone is released on bail, they must also adhere to several conditions.

Examples of bail conditions include:

If the defendant does not comply with the court’s orders, their bail may be revoked. That means a warrant may be issued for their arrest and they can be sent back to jail until their case concludes.

How Long Does It Take to Be Released on Bail in Oakland?

The time it takes for a person to be released from police custody depends on several factors. When you contact the bail bondsmen at The Bail Boys, it takes us about 20 minutes to get the appropriate paperwork prepared, signed, and submitted to the court.

Once we post bail for your loved one, the facility must process the release order. Depending on the jail’s resources, it could take up to four hours before they let your loved one out.

Bail amounts can be steep. Depending on the nature of the offense and the defendant’s history, the cost can go from hundreds to tens of thousands of dollars. And in the most severe cases, it can be even higher than that.

In California, bail bonds agencies can charge no more than a 10% premium for their services. That means if your loved one’s bail is set at $10,000, the Oakland bail bonds company can assess a $1,000 fee to get your loved one out of jail.

Still, even if the Oakland bail bonds company charges only a portion of the total bail amount, many people do not have the funds readily available to pay. If you are looking for cheap bail bonds in Oakland, turn to The Bail Boys. Our team offers convenient solutions for a wide range of budgets.

Our bail bonds options in Oakland include the following:

In addition to our bail bonds options, we also offer affordable payment plans. Speak with one of our bail bondsmen in Oakland for help finding a budget-friendly solution.

Is Bail Money Returned in California?

Whether bail money is returned depends on the situation. If you paid bail out of your own pocket and your loved one appears for all court proceedings, you will get your money back. However, if you went through a bail bonds company in Oakland, the 10% premium assessed is not returned. It is a non-refundable fee paid for the agency’s services.

If your loved one fails to appear in court, bail will be forfeit. That means you won’t get your money back. And if you hired a bail bonds company, you will be responsible for paying the remaining bail amount.

Get Started on the Oakland Bail Bond Process

Securing your loved one’s release from jail as quickly as possible requires contacting a bail bonds company immediately. At The Bail Boys, we are ready to reunite you with your loved one by helping you navigate the bail bond process in Oakland, CA.

When starting the Oakland bail bonds process, you must know what facility your loved one is housed in and their booking number. To assist in gathering this information, our team has compiled a list of police departments, jails, and courthouses in and around Oakland. We hope this facilitates a smooth process, and if you have any questions, please reach out to us.

The contact details for the various government agencies are below:

The Team Behind It All

Proudly Serving the Community for Over 20 Years.
More About Us