Can You Bail Yourself Out of Jail in California?

Wondering if you can bail yourself out of jail in California? Yes, you can. Keep reading to learn how.

Finding yourself in trouble with the law can be an earth-shattering moment. Having those cold metal bracelets slapped on your wrist as you are being read your Miranda Rights is not fun for anyone.

Unfortunately, that’s just the start of what one faces after being arrested. There’s fines, court costs, lawyer costs, and possible jail time, all which can wreak havoc on your entire life.

In this post, we’ll explain what bail is, how it’s determined,  and how you can bail yourself out of jail in California.

The amount of money a defendant must put up to be freed from jail pending trial is known as bail. Bail isn’t meant to be punitive; it’s simply there to ensure that people show up for their trials and all pretrial hearings, in which they are required to attend. When a defendant’s trial is finished, the court returns the bail to whoever put it up. Given the typically large numbers associated with Bail, people choose to work with Bail Bondsman who can make the process more affordable.

How Is Bail Determined? 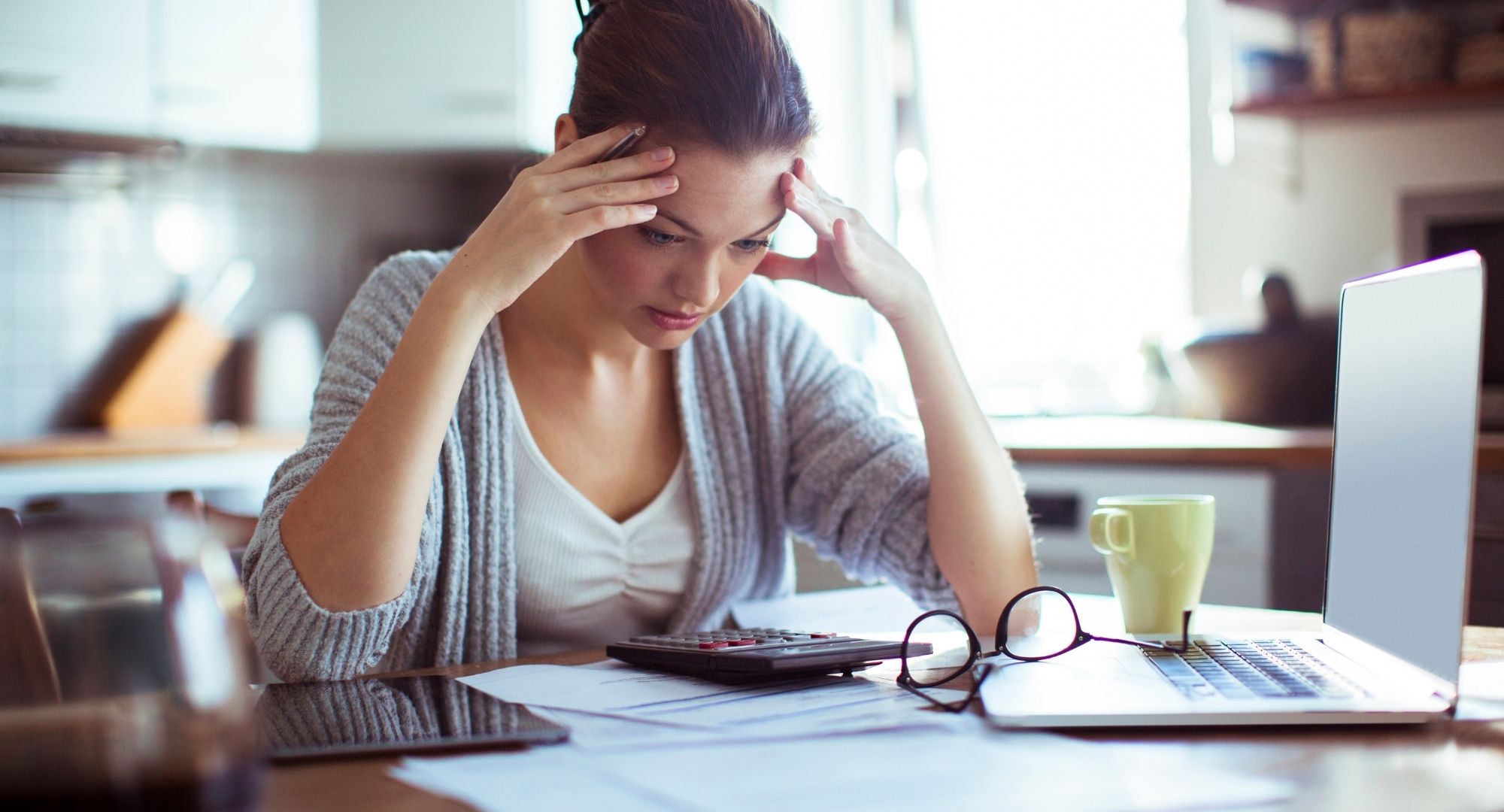 Bail is determined by a few critical pieces of information about yourself and the crime that you committed.

First, the courts already have an established bail scale in place for crimes committed. So if you’re wondering, “can someone bail themselves out of jail and how much does it cost?” it depends on the offense. Depending on the offense, that will be the scale where the judge makes his initial decision.

Next, the judge will take into account your current income. If the criminal act was a misdemeanor and you don’t currently have a high income, the judge might decide to set a lower-cost bail.

Finally, the judge will look at your previous records. If you’re at risk of committing additional offenses while on bail, the judge might raise that bail to the higher end of the scale. Doing this might give you less of a chance to afford the set bail, or it might persuade you not to commit future crimes.

After the judge adds up all compiled information, they will then use their discretion to decide what final price to set.

Newer courtroom technology uses Bail Algorithms. These algorithms can quickly run through your past and present, which can advise the court on what price to set your bail. Nevertheless, even with the algorithms, it still becomes the judge’s final decision on where to place the bail.

Can You Bail Yourself Out of Jail? 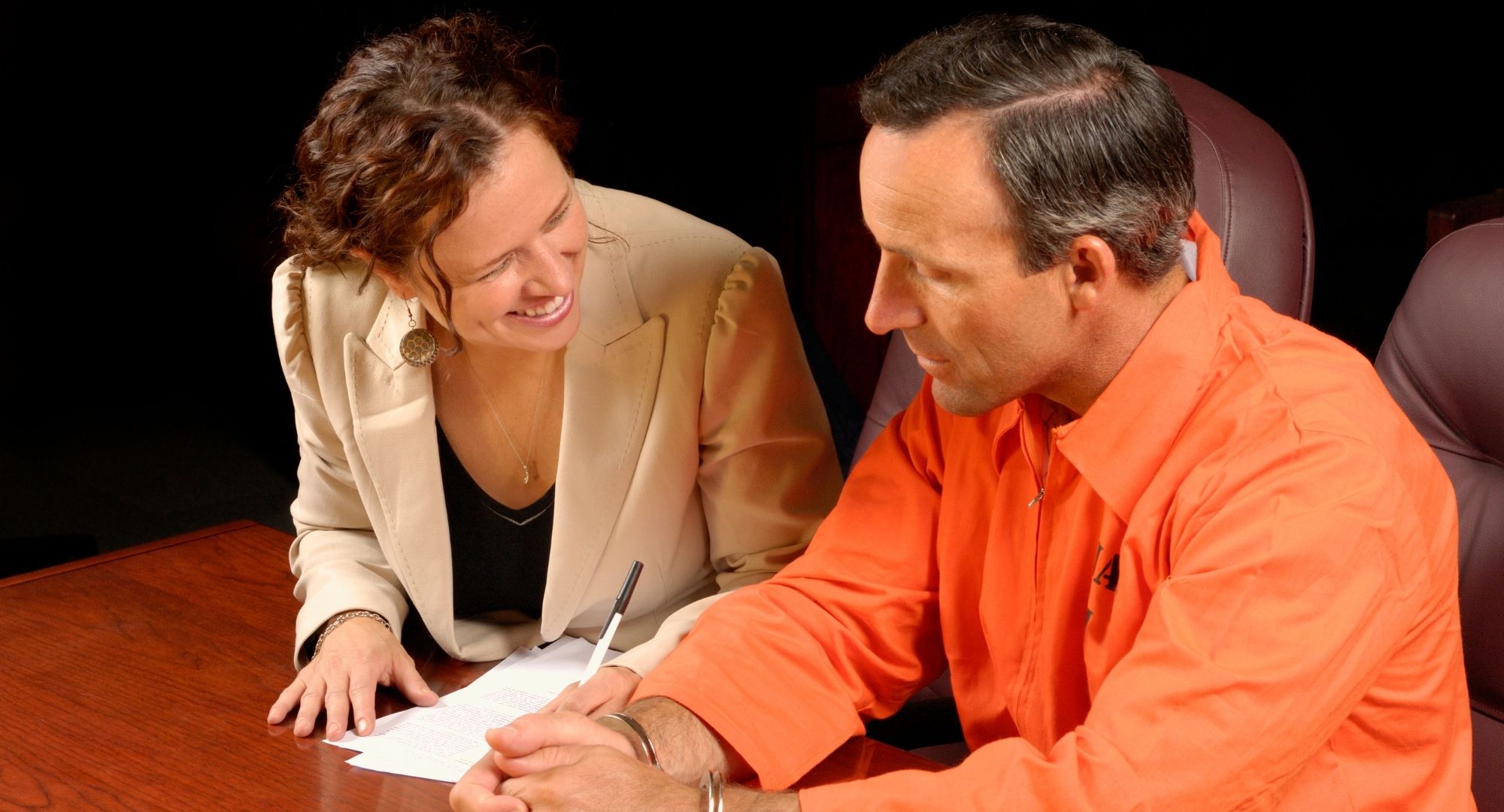 Yes, but at a cost. If you have the means to pay the total amount of bail in cash, then you can post bail yourself.  Bail can be a substantial amount of money for most.

If you or someone you know needs help posting bail please contact The Bail Boys today for a free consultation.

What Are the Ways You Can Bail Yourself Out of Jail? 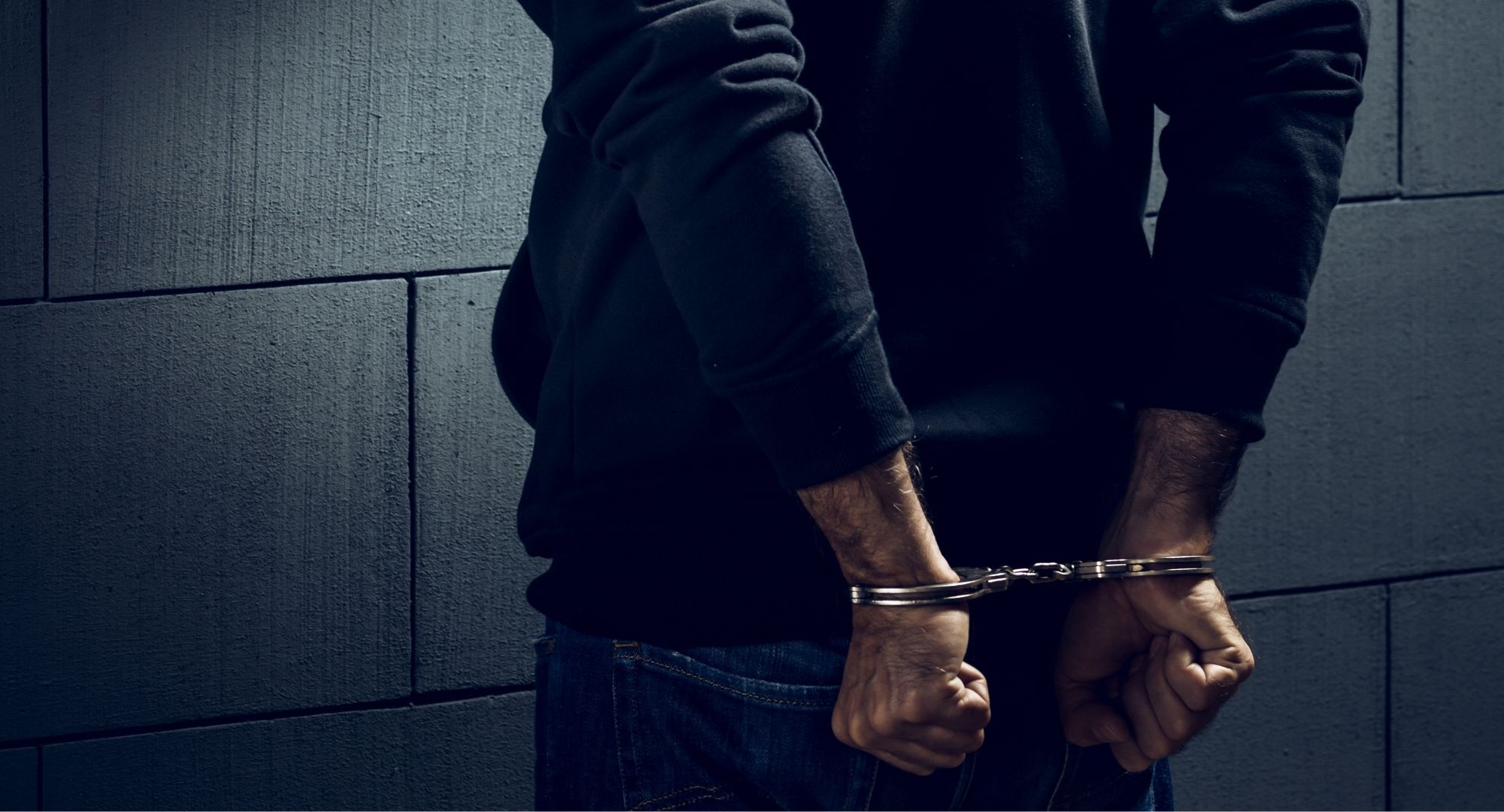 Can you pay your own bail? Cash is king when it comes to posting bail. Without having the total amount of the bail in cash, you will need assistance to post bail from other methods.

Borrow From a Family Member

If you have some cash, but not all of it, you can ask a family member to borrow the remainder so you can bail yourself out.

Asking the judge for leniency on a non-violent offense might waive your bail. This can also be known as a good-faith release or a prosperity release.

If you do receive leniency, be sure not to skip your trial date because the judge will most likely ‘throw the book at you’ when you eventually return to their courtroom.

When you don’t have the capital but have the assets, that is the time to call in a bail bond agent. A bondsman can lend you the money by having you borrow against your valuable assets.

The bondsman will return your assets minus a fee of around 10% when you show up to court. However, if you skip bail, the bondsman can keep that collateral and send a bounty hunter after you so that you can make good on that bond.

What Information Does a Bail Bondsman Need From You? 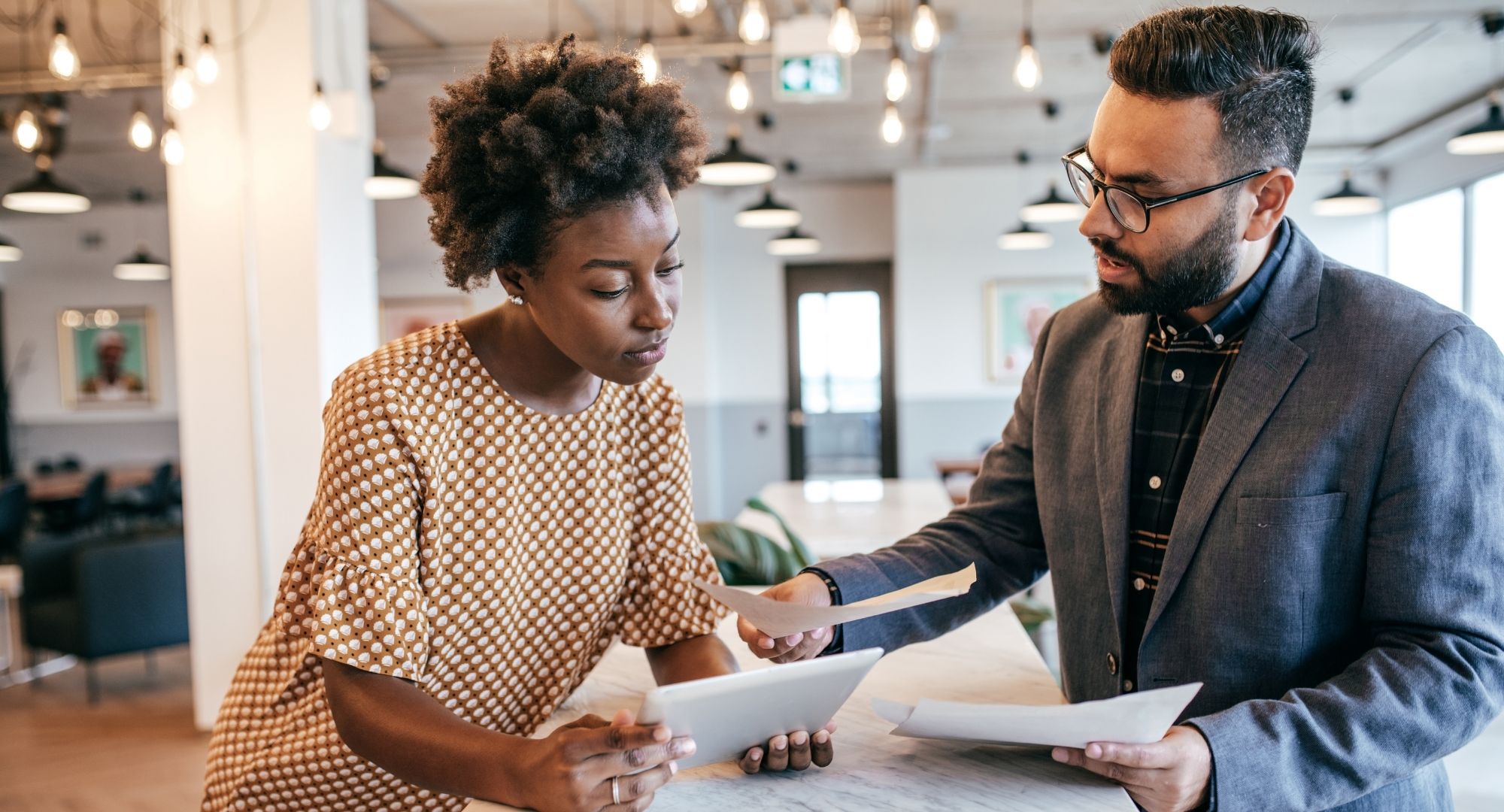 Here are some of the pieces of information you’ll need when applying for a bail bond.

A bail bondsman will need to know the crime committed before taking on a defendant. They can use their discretion in risk versus reward when deciding if they want you as a client before posting your bail.

A bail bondsman needs to have a current and active address for a defendant before they will agree to take on a client. The risk is higher without a current residence since it’s more challenging to find a defendant if they skip bail.

The bondsman needs to know the assets a defendant has so they can use the material objects as collateral. Vehicles, houses, boats, jewelry, and several other things that have gained equity can be used as collateral when it comes to working with a bondsman.

A bondsman likes to know that their potential client has a history of responsibility. Checking a job history will say a lot about a person and their character. They can even contact employers as character witnesses before agreeing to post your bail.

Before taking on a new client, a bondsman wants to know if money is coming in for the defendant. If you have hardly any assets to your name but have a good-paying job, that could change the risk and the decision of a bondsman taking you on as a client.

What Is the Zero-Bail Law?

The zero-bail law, also known as “Prop 25”, was passed in California in 2020. It stated that anyone that was a non-violent criminal who could not afford bail was free to go on their own recognizance and expected to return for their trial date.

Before Prop 25 could take effect in 2020, the Judicial Council of California voted, and in a landslide, rescinded the law. Covid-19 was partially to blame, but other lawmakers said that non-violent criminals were being released and committed new crimes within the same day, making it hard to justify the zero-bail law.

What Is the 8th Amendment?

The 8th amendment discusses cruel and unusual punishment, but it also states that bail cannot be excessive. This begs the question – how much bail is excessive? Suge Knight, the music industry mogul, was accused of running over two men, and killing one of them. He was held on a $25 million bond.

Thanks to the 8th Amendment, the courts already have an established bail scale that runs from the low end to the higher end of costs per crime. This scale helps a judge choose what price to set the bail, so it is not unreasonable. The scale ensures that you won’t pay a million-dollar bail for a misdemeanor.

What Is Remand Detention?

Remand detention is where criminals that cannot pay bail will go to await their trial. If a crime is higher level or the criminal could be a flight risk, the court will place them in remand detention instead of awarding them with a good-faith or prosperity release.