How To Bail Someone Out of Jail in California

Bail is a monetary amount you pay courts to free a suspect while they await trial. When the suspect appears in court at the appointed time, the court returns the bail money to the one who paid it. Bail is a financial incentive for the suspect to show up in court and hear their case.

If you don’t know how to bail someone out of jail, trying to figure it out at the moment can be stressful. These simple steps tell you everything you need to know to bail your loved one out of jail.

If you need help bailing someone out of jail, please contact The Bail Boys for the most affordable bail bond option in California: (800) 798-7366. One of our friendly bail bonds agents will be here for you.

Steps To Bail Someone Out of Jail 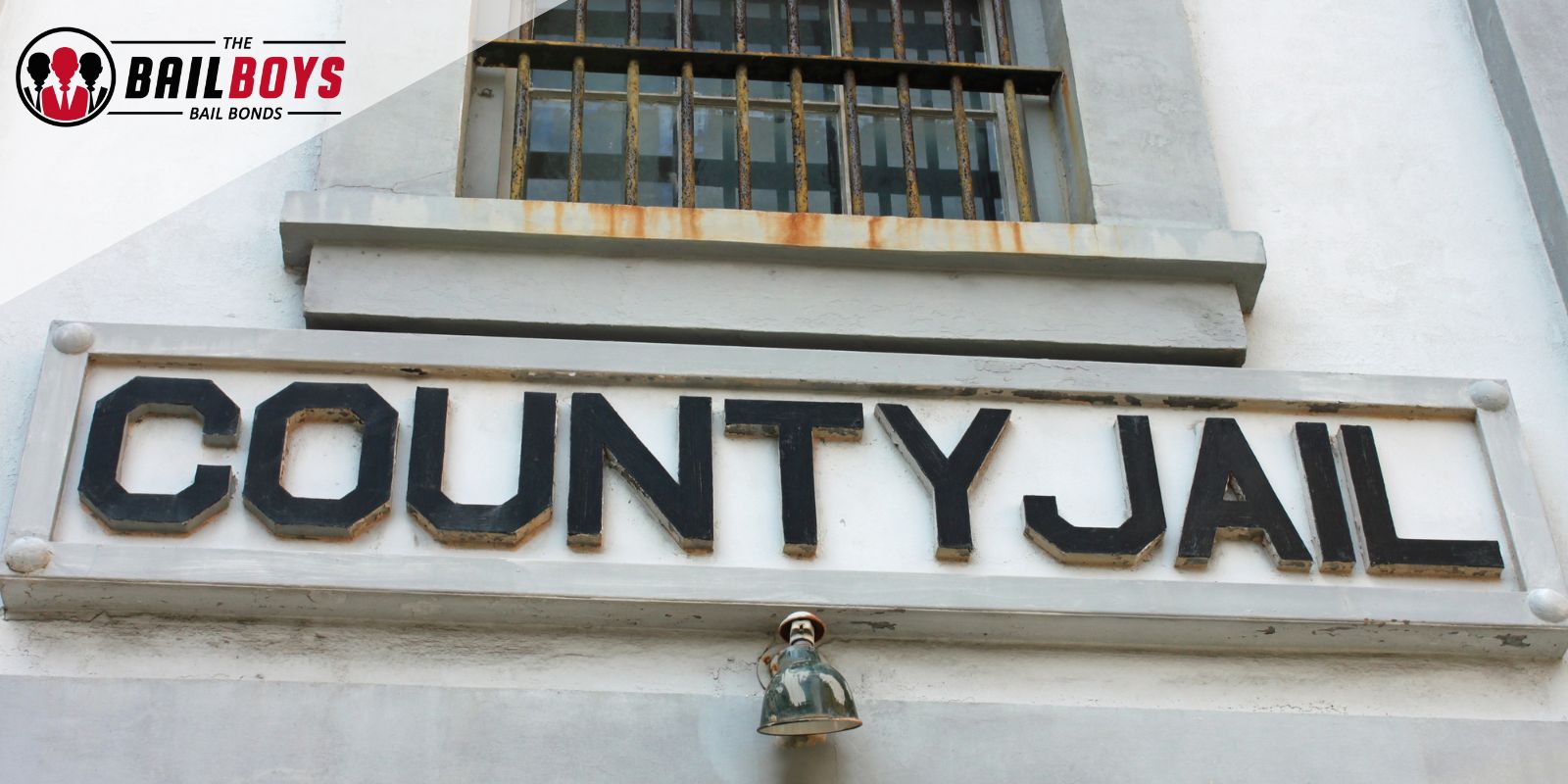 Step One: Get the Necessary Information

You need to know the bail amount or when the hearing will be if they call before that time. You also need to know what charges the police brought against your loved one. This information will help you find them in the court system, especially if your city has multiple jail locations.

If you don’t know the person’s full name and birthdate, get it from them. You can use this information to look them up online and ensure the court and jail employees access the correct record.

As it takes time for the suspect to go through booking, there’s no need to rush this process. Before going to jail, you can check everything and get your finances in order. 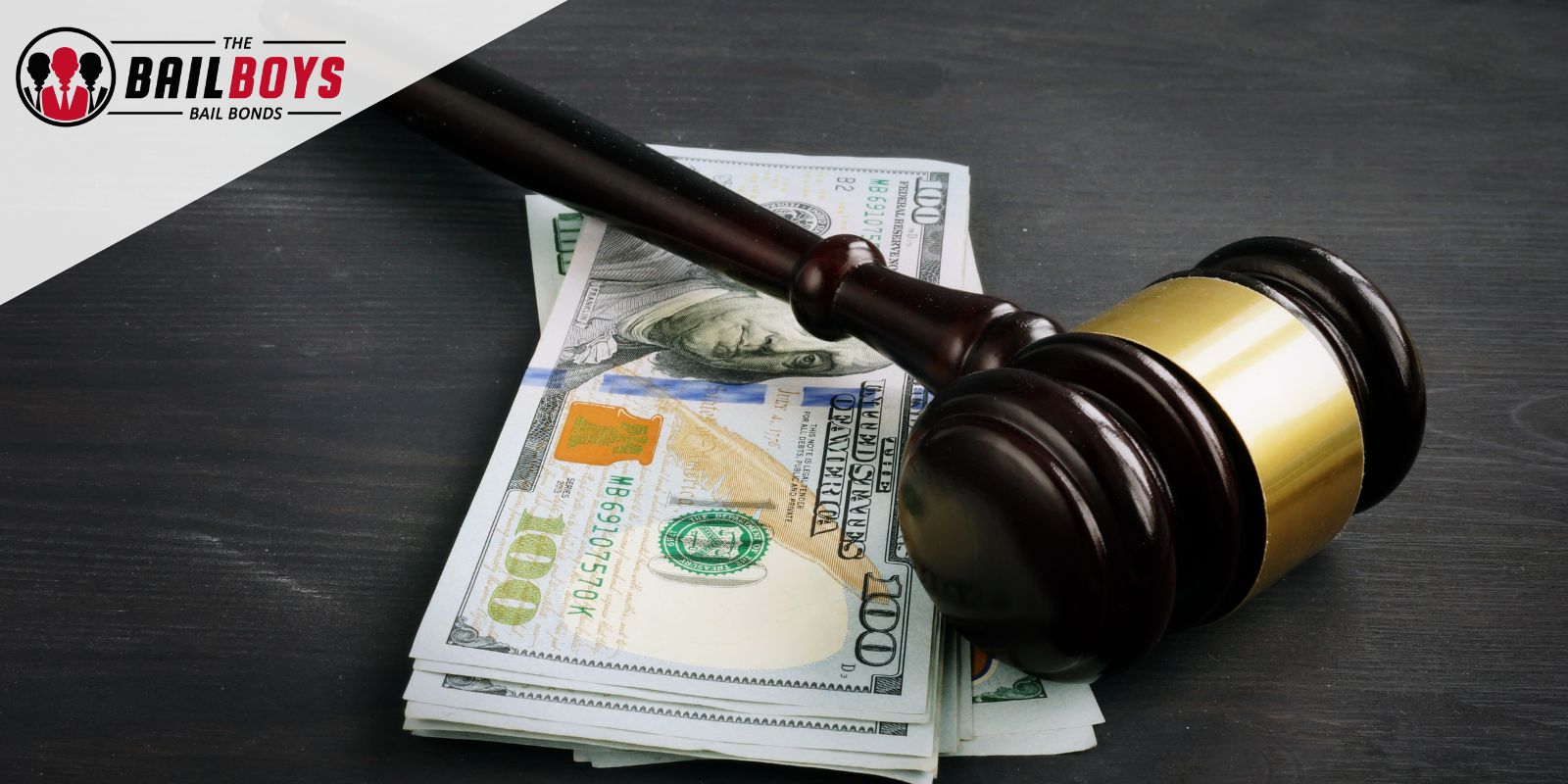 Judges typically set bail, but some cities and counties have set bail amounts for common crimes. In that case, the jail tells you the bail amount, and you pay them directly. If a judge asks for bail, you must wait for the arraignment. The suspect goes to court to see the judge and hear the bail amount. At that time, they can ask for a lower amount if they can’t afford it.

If you’re wondering, “How much is it to bail someone out of jail?” you’ll be glad to know there are bail limits. A judge or government can’t set bail at an excessive amount. Bail isn’t a punishment—it’s a way to let a suspect go free until they return to court for a conviction. However, some judges set high bail to keep the suspect in jail before the trial. 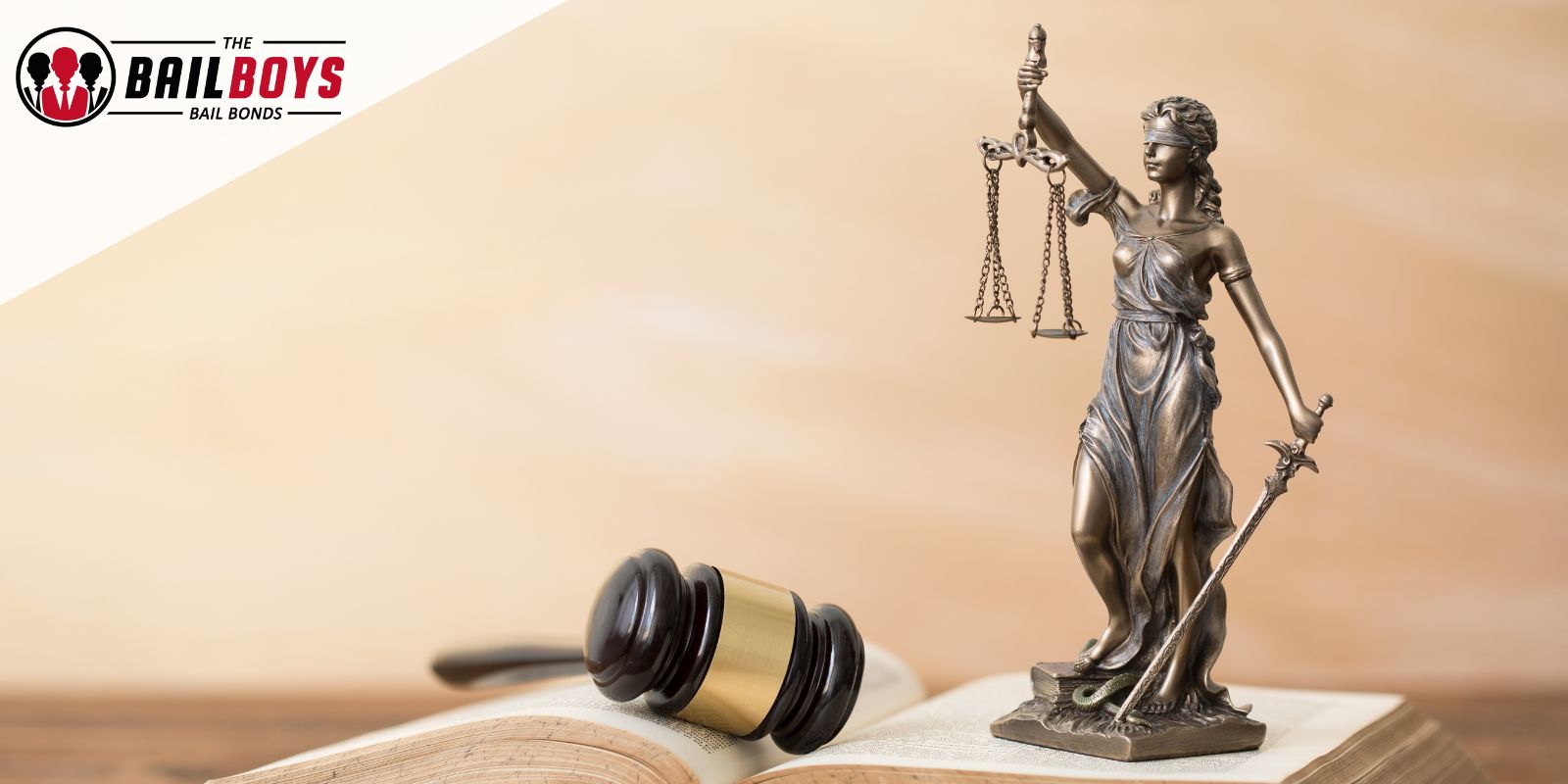 Knowing the bail conditions helps before you go to release your loved one. Requirements depend on the crime but often include stipulations such as:

Whatever the bail conditions, you want to ensure your loved one adheres to them. If they violate the guidelines, they’re taken to jail and lose the money already paid.

You can pay with cash, check, or a credit card if there’s a set bail amount. In some states, you can use property worth the bail amount as collateral. Many people won’t have the money necessary to post bail themselves, which is where bail bondsmen come into play.

In some cases, the court may let the suspect go without setting bail for minor crimes or first offenders. The suspect promises to return on their court date, so the judge releases them on their own recognizance. The court trusts them to show up, so there’s no need for financial collateral.

On the other hand, some violent crimes don’t have bail. The judge might rule that the suspect is dangerous to the community and refuse to let them go free. The suspect’s criminal record might also play into the possibility and total bail amount. Employed suspects often get lower bail amounts as well, since they’re productive members of society. 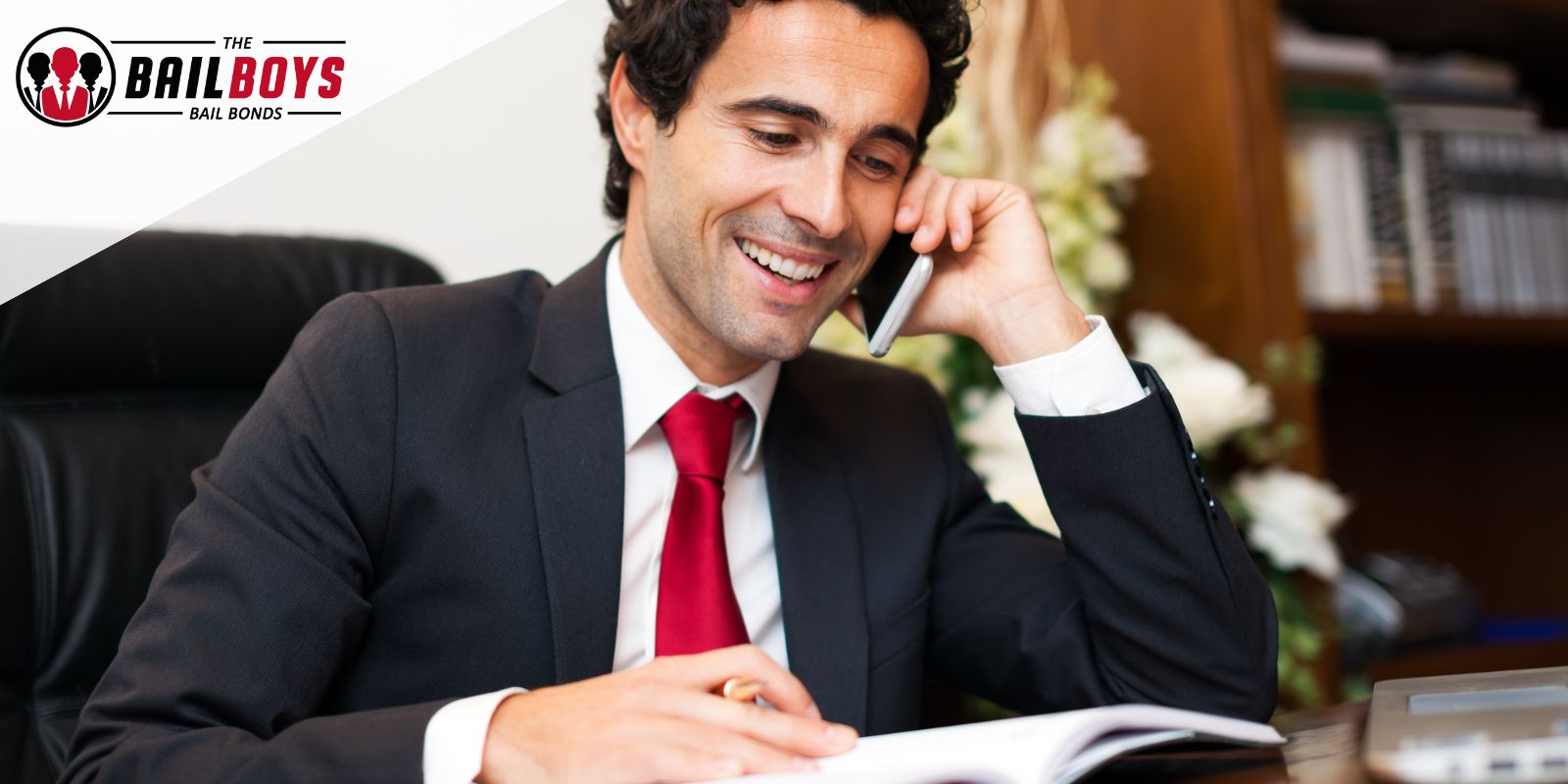 You don’t have to manage everything alone. Bailing someone out of jail can be emotional and costly. Bail bonds companies have the experience needed so everything goes smoothly and the jail releases your loved one quickly. When you hire a bondsman, you’ll only have to pay 10% of the total bail amount.

You can contact most bondsmen for services 24/7, especially those that offer online access. You don’t need to be in the same state as your loved one to help them out. Contact the bondsman in their location and take advantage of online services to set them free without needing to book a flight to help them yourself.

If you want to know how to bail someone out of jail with no money, then using a bail bondsman is the answer. If you don’t have the money to pay in full, you can pay 10% to a bail bondsman, and they front the rest. You won’t get the money back, but you’ll know you’re working with an experienced professional.

Sometimes 10% is still costly, so The Bail Boys offer something even better. If you qualify, you can choose from three unique options to ensure your loved one won’t sit in jail for months:

Certain bail bondsman help you bail someone out of jail online. If you retain their services before the arraignment, they can post bail immediately after, so your loved one gets free much quicker.

After the suspect shows up for court, your agreement with the bail bondsman is complete. You paid their fee, and they paid bail for your loved one. You won’t get money back like you would if you paid the total amount to the court, but you have peace of mind that professionals took care of this stressful process for you.

If you’re posting bail or attending the arraignment, you can give your loved one a ride home when they’re released. The jail won’t give them a ride or help them out by arranging a ride, so make sure you take care of this process.

In cases when you can’t personally pick them up, you can arrange rideshare for them. As the police only give them back whatever they had during the arrest, they might not have money to get a cab.

Once your loved one is free, you’ll want to make sure they attend their court date. In some cases, the suspect has to wear an ankle bracelet and stay under house arrest. You can help them by running errands and visiting them. Make sure they’re following the law and not consuming drugs or alcohol. You want them in their best shape for the court date.

It’s crucial they don’t forget this date.  You might have to take them to the court or arrange a ride, so they arrive on time. You’ll get the bail money back when the suspect shows up for court.

If your suspect doesn’t show up for court, the bail money will NOT be refunded. For people who hire bail bondsmen, you have to pay the total amount to them. They posted the full bail amount so your loved one could await trial from the comforts of home and trusted them to show up when required. Since they didn’t appear, you didn’t hold up your end of the bargain, whoever signed for bond will be liable for the total amount of bail.

If you can’t bail someone out of jail, they have to await trial in a cell. This process can take months, so you want to find their bail information as quickly as possible. A bail bondsman can help if you don’t have the time or resources to do it on your own.

Knowing how to bail someone out of jail can significantly help you when you get that important phone call. Take the proper steps to ensure you’re getting your loved one out as efficiently as possible. Don’t put your life savings on the line when you can take advantage of The Bail Boys’ no-money-down bail bonds. There’s no need to face this struggle alone. We’re the professionals who can bail out your loved one anywhere in Southern California. Contact The Bail Boys for all the help you need around the clock.